On Bodies Struggling To Bend - Balanced Movement Studio
Share this with your friends!

I was reflecting today on the ten years I have been teaching Yoga, and thinking about how I continue to evolve and grow as I offer what I have learned to my students.

When I first got my Yoga teacher certification at Yogaville (yes that is the name!) at the beautiful Ashram in the foothills of Virginia’s Blue Ridge Mountains, I had no real intention to be a teacher of Yoga. I thought I might do the occasional subbing, but never dreamed it would be my full time pursuit. When I returned from my training, what kept coming into my mind again and again, was that I really wanted to reach the people who wouldn’t normally be attracted to a Yoga class. So I decided to begin with a class that I called “Yoga for Men Who Aren’t Flexible”. It was a big hit, and brought in the people I had wanted to reach. There was a strong learning curve for me in the beginning, but over time, especially with the support and feedback of my students, I came to see what worked and didn’t work for inflexible bodies. I also saw that many women were wanting to come to the class, so I started “Yoga for Bodies That Don’t Bend” here at Balanced Movement Studio, realizing there was a large population of women who thought Yoga was not for them either. 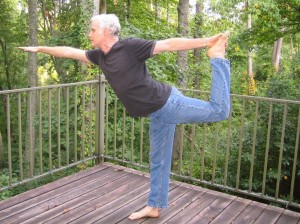 Over these many years, and having had so many wonderful men and women here at the studio, with bodies struggling to bend, I have come to enjoy this group so much. I also have seen the changes occur, sometimes in a very short span, and sometimes over longer periods of time with care and regular practice. We often make the joke that the class may have to be renamed to “Yoga for Bodies That Do Bend” as inflexible bodies become more flexible. I am always so pleased when I hear how chronic back pain has been relieved, or someone can now touch their toes, or how the class is something that they look forward to each week and the healing and relaxation it provides.

Yes, it can be challenging at times and there is the occasional moaning and groaning, but we also laugh a whole lot! Many of my students from this class have self graduated to my more active classes, but others have been with me for years and there is a feeling of family. Newcomers are always welcomed, especially because the regulars know the class will be a little easier if someone new is attending, and they like that! Beyond anything that I can teach, I do think something magical happens when people who have common struggles come together in a spirit of support and humor, and that may be what makes this class so unique and special, and a space for transformation, physically, emotionally, and mentally. I have been transformed myself and have learned so much from all of my amazing students.

Scott took his first yoga class in Texas almost 35 years ago. Although fascinated by the experience, he detoured to L.A. for a career in acting, and amidst the craziness, explored the relationship between the mind, body, and the emotions. Seeking balance in his life, he returned to yoga some 7 years ago and used his practice to heal, ground, deepen, and expand what he learned as an actor. His teaching reflects the eclectic mix of his background, using what works to help each student to uncover and move closer to their truth and the peace that eventually comes. He teaches "Hatha Yoga" on Mondays at 5:30pm and "Yoga for Bodies That Don't Bend" on Tuesdays at 5:45pm. 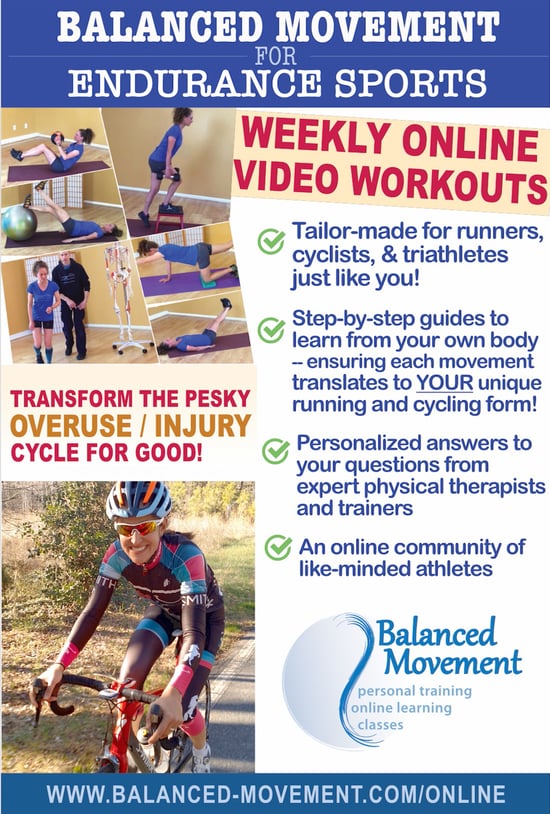 LEARN ABOUT OUR CLASSES

Awesome PT and guidance. Five years ago my left knee was giving out. Constant pain on my long runs. After a visit for observation and diagnosis then a month of hip stability drills and it was gone. Off to Kona this fall for the Ironman World Championship with no pain thanks to him.