Distance Running - Balanced Movement Studio
Share this with your friends!

The joys of running and the desire to share that joy is a big bond of our community. Here are some thoughts, shared with the hope that we can all reflect on the concept of distance running in a way that feeds our joy.

Distance Running; is there such a thing as non-distance running? By default, doesn’t running cover distance? What really is ‘distance’ anyway? Dictionary definitions can be quite thought provoking. Here is a take on the word distance, applied to the idea of running. I invite everyone to put his or her spin on the concept as you read. 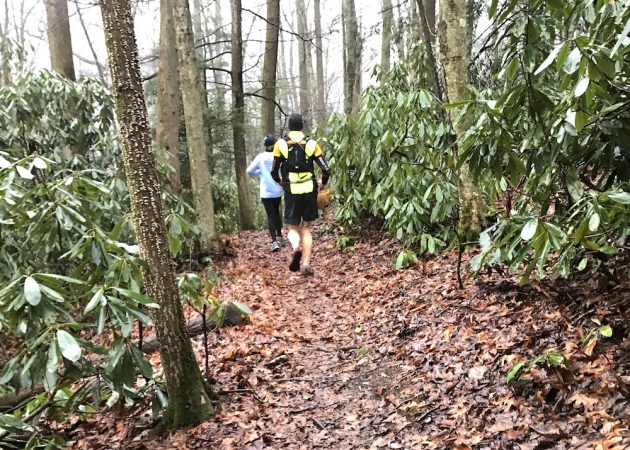 The state or fact of being apart in space, as of one thing from another, remoteness: In a life of constant things and activities, how do we keep things apart?  How do we keep some space so that the separate things don’t all merge into one overwhelming thing that consumes us?

The interval between two points of time; an extent of time: If only every interval in time could yield this much confirmation of being alive. Though we meticulously time our runs, the ones that stand out the most are often ones the quality of the run was so complete and engaging that all other experiences melted away and you simply were the run. Timed runs can be great, timeless runs are amazing. 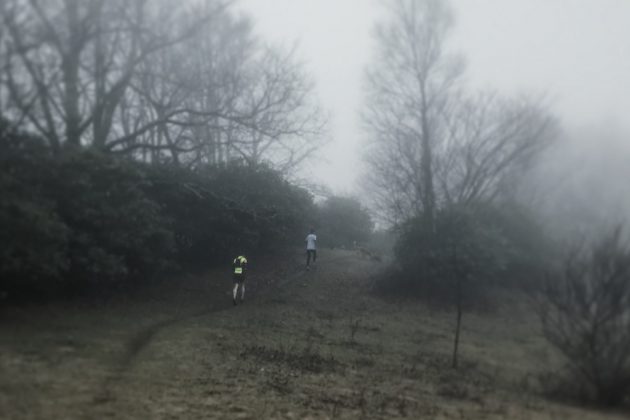 Brian Beatty and Suzanna Dupee on a misty long run in Boone, NC

An amount of progress: Yes, when the difference is progress, things are good. Yet progress in mileage and speed have finite endpoints and the years keep progressing on. But progress in finding joy, health and camaraderie throughout the years is unending.

Distance (verb): To leave behind at a distance, as at a race; surpass: That’s it. It is not the who you surpass; it’s the what you are able to leave behind, even for just a short time. Sometimes just a short break is enough. A few minutes, a few deep breathes, the moving of the body to feel alive and in control. That is enough to leave it behind and move on.

To place at a distance: Do I place other things at a distance from me, or do I place myself at a distance from them? Either case offers the opportunity of a new perspective. Most of these things I refer to placing at a distance are not really things, they are thoughts constructed in my own head. Just remembering this concept, that they are my thoughts, my things and I can place them were I want, is a perspective that is well worth the effort of any run.

Distance running, yeah, that distance part, those are all reasons why I love to run. I feel good just thinking about it. I hope everyone reading this can feel the same way and pass it on. Go the distance.

Brian Beatty received his physical therapy degree from UNC Chapel Hill. He has been working in private, orthopedic based practice for his whole career, founded Balanced Physical Therapy in 1999 & joined his wife Elizabeth Towe at Balanced Movement Studio in 2016. He is an active member of the American Physical Therapy Association, a Certified Feldenkrais Practitioner. Brian has a particular focus on endurance athletics, hip & spinal issues and ‘hard to solve’ movement problems. An avid cyclist and runner, he enjoys almost any outdoor activity, and regularly presents on topics related to endurance athletics. Clinically he strives to combine physical therapy expertise with his interests in embodied learning, movement studies, health and healing so that his clients not only resolve their discomforts, but become smarter and more efficient in everything they do.

Enter your email address below to have each new post from Brian's blog sent directly to your inbox:
Balanced Movement Studio

My husband and I have been working with Elizabeth to try to get out of our post-pandemic out-of-shape-ness. She's great-listens to what we want/need, cheers for us, and always explains what we should be feeling as we exercise. Great studio.